One of the most traditional firework types, roman candles are aerial fireworks which fire multiple shots into the sky from a single, elongated tube. Due to the longer tube, shots from roman candles often reach a greater height than those from cakes, and are frequently offer the same effect repeated in each tube. They can also be rigged at a (sensible and safe) angle or in multiples, which, along with the height and effects, means roman candles can give your firework display a different creative dimension to a typical barrage. Don’t overlook roman candles! 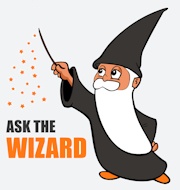